Sorry Blogspot, but I'm slowly movin' everything over to Tumblr for convenience's sake.
Check me out here: http://paivenandgrey.tumblr.com/
You've been good to me.
Posted by Paiven & Grey Steaming Co. at 1:14 PM No comments:

As if I could not be more entranced and enamored with Anthropologie, they finally launched the much anticipated bridal line - BHLDN (pronounced 'beholden'). These beauties are sure giving J.Crew bridal gowns a run for their money. 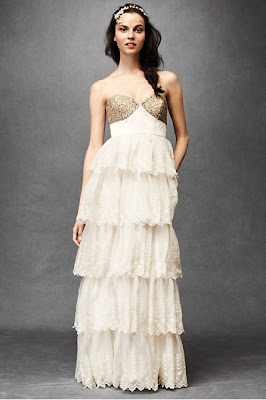 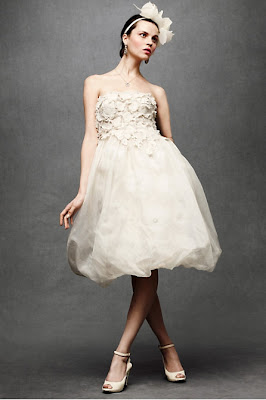 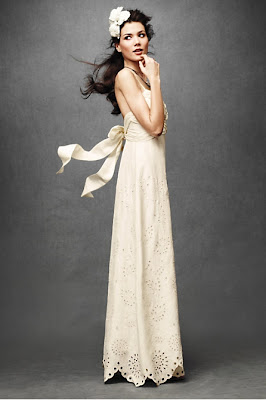 I'm sure those creatives forces over at Antrho/BHLDN have only just begun with everything this line is going to be. Keep a drooling eye open, future-brides.
Posted by Paiven & Grey Steaming Co. at 5:46 PM No comments:

Confetti on the Mountain | Sebastiaan Bremer

Oh dear, these Sebastiaan Bremer works are so playful and carefree. 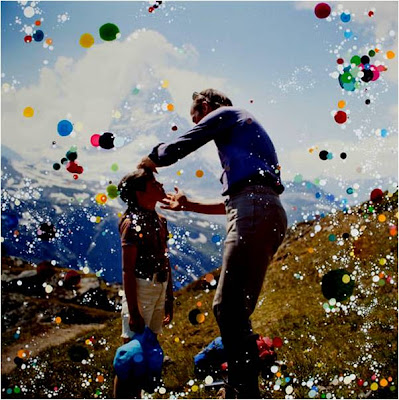 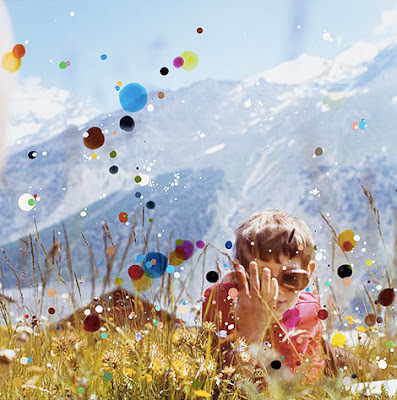 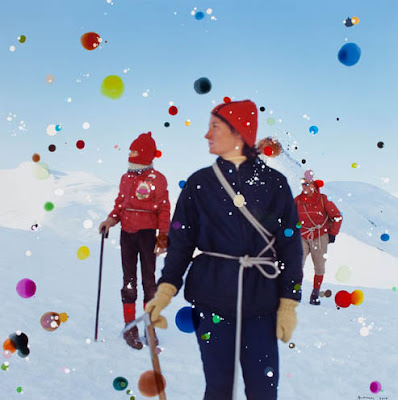 They remind me of Milanese piazzas during Carnival.
Confetti galore. 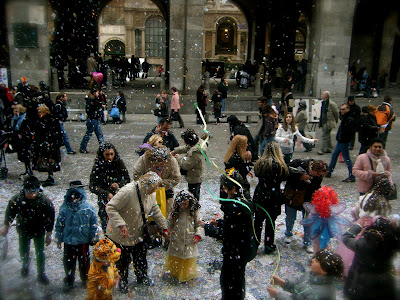 Posted by Paiven & Grey Steaming Co. at 6:02 PM No comments:

Finally, it seems like more people are paying attention to Brent Green and his dark, quirky, nostalgia-invoking films.

This guy has been on my radar since his 2008 Sundance Film Festival performance with Califone. His 2010 feature-length release - Gravity Was Everywhere Back Then - has yet to make it to my eye stream, but it will be sure to not disappoint. The man built five houses in his Pennsylvania backyard for the set!

This short of Green's Carlin, gets me everytime. That whimpering voice, those scotch-taped corners, the lightbulb removal in stop-motion. Visual deliciousness.

Posted by Paiven & Grey Steaming Co. at 7:26 PM No comments:

I'm no die-hard when it comes to setting resolutions and goals, but this New Year I dedicate to:
Polka Dots inspired by Yayoi Kusama 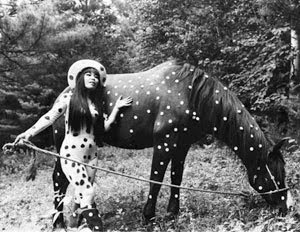 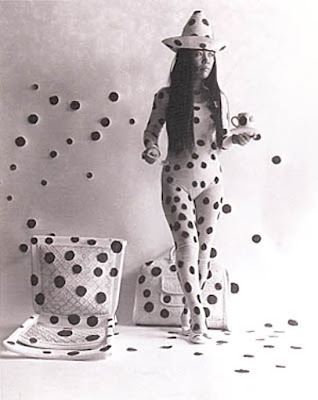 The artist herself in some fine polkawear 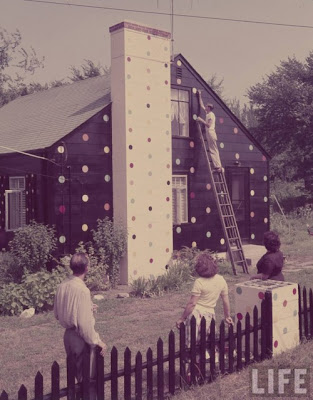 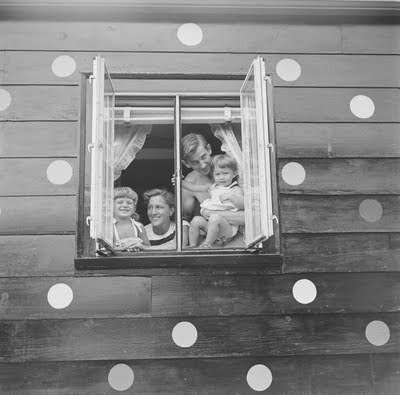 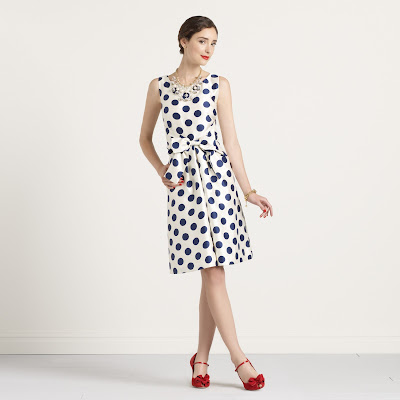 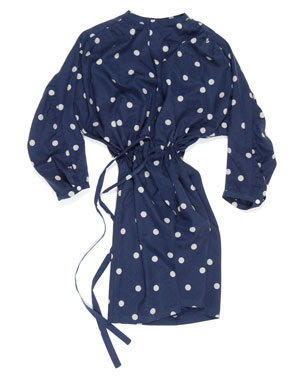 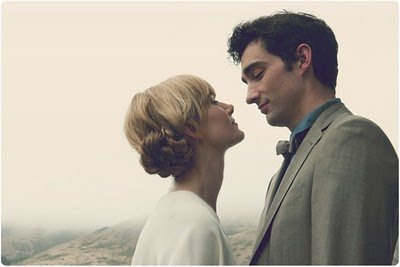 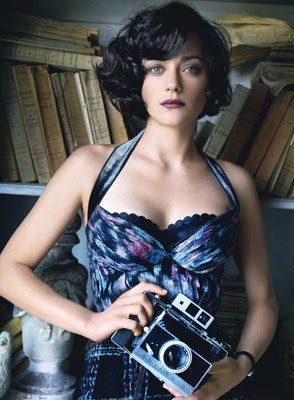 Marion Cotillard in a 2010 Vogue 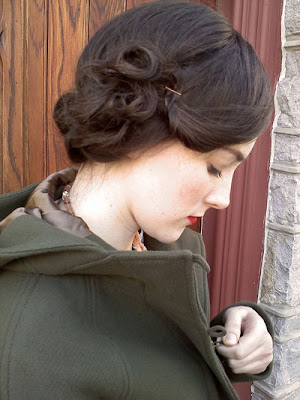 Summer Fog in the Andes 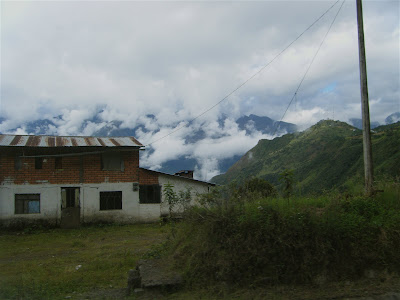 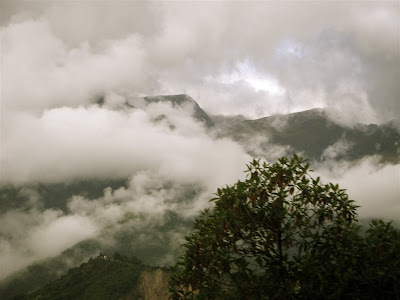 On rainy days like today, I pine for summer bus rides through South American cloud forests.
Drinking soda from bags and chowing down on pan de yuca.
Listening to tunes of the like:
I've found myself attached to this railroad track, but I'll come back to you someday.
Posted by Paiven & Grey Steaming Co. at 7:54 PM No comments: 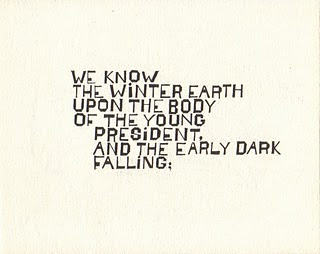 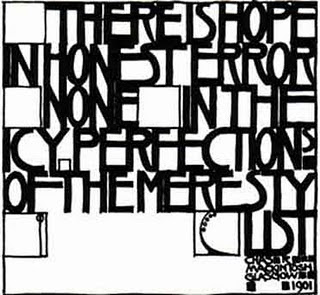 Hello long-lost friend. Holiday trips home, gift makings, and a overly utilized library card have been keeping this tucked neatly and quietly in cyberland for months. Now reposting begins and it only seems appropriate to share what I have lately been devouring courtesy of oversized art book selection at the Portland Library. Text as or in art has some unexplainable ability to make my heart melt.
Posted by Paiven & Grey Steaming Co. at 12:58 AM No comments:

Paiven & Grey Steaming Co.
Paiven & Grey is where old and new converge. Like a trunk full of old memories brought out to re-share, or your grandmother's old clock that was collecting dust in her basement for decades and now has re-found space on your wall. I love vintage things for modern life, modern sounds that remind us of vintage times, and new objects that create a nostalgia you never knew you had. Currently set in Portland, OR, Paiven & Grey is run by me - Paige.